Nestled like a viper in the bosom of Dallas lies the tony enclave of Highland Park, where husband went to school. This exclusive community is just about the whitest place you've ever seen. Having grown up in less rarefied air, this non-integrated environ is bizarre and rather suspect to me. Husband's graduating class of 350 boasted maybe 5 non-whites, he speculates. There is absolutely nothing wrong with people living in the the most swell digs they can afford, and I in no way mean to impugn every person living in or from that community. However, I do think there is some very disturbing group-think that is imbued in many people who live in such an isolated state.

I've never been one to slavishly adhere to political correctness, and heaven knows I don't expect people to say they aren't racists when in fact, they are the textbook definition, but I wonder how so many can be so oblivious to the obnoxious way they appear to the other races and s 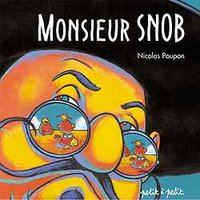 A man I know told me this story today:

About 20 years ago or so, two Highland Park women went to New York City and stayed in an upper-crust hotel. They got onto the elevator, and at another floor, a black man with a large dog got on the elevator. I'm sure they huddled together like nervous colts. The elevator door closed, and the man said in a commanding voice "Sit." The two women slid to the floor, afraid to disobey, not looking at the man, and not considering that the command was meant for the man's dog. How do people that ignorant remember to breathe? Bizarre maybe, but you'd think that was where the story ended. 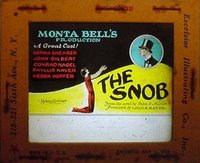 But you would be wrong.

When the women checked out of their hotel, their bill had been paid by the black man, the baseball great Reggie Jackson. Naturally, at that point they were appropriately embarrassed. They concluded that he felt sorry for them because they were so silly. I would conclude otherwise.

y who was interviewing the black American speed skater after he won the gold medal. Rather than asking him technical questions about the superb race he had just won, the dumb broad sort of sputtered and then said "are you angry?" I'm sure he was focusing on other things, but in that situation, it would be very easy to take offense to someone baiting you after the most important moment of your athletic career.
I guess I just don't understand feeling set apart in that way. Frankly, homogeneity is crashingly dull. Plus, life's just too short for that bullshit.
Posted by phlegmfatale at 12:01 PM

Here in rural West Texas you would think that with poverty being the great equalizer that racism would be non-existant. But sadly that is not the case. I personally see no place for it. Maybe one day more will see it the same.

Good topic. I agree to a large extent--homogeneity can be dull and lead to inward-looking people. On the other hand, I've been around plenty of folks from towns just like the one you are discussing who rank among the most open, diversity-welcoming people I know.

I guess it depends more on the person's character than their origin.

We're all mongrals her in the UK.
At one time we were Angles, Celts, Picts, Normans, Vikings and Huns etc, In the 60's there was prejudice towards the Arfo'Carrabians, In the 70's We accepted the Afro's and started hating the new influx of Asians ( by that we mean Pakistani's and Indian's ) Now our focus is on the old Eastern Block countries and the Middle Eastern imigrants. Asians are more acceptable to most now.

It all goes round and round. We have a higher degree of integration here so it only takes a generation for a race to be accepted.

One worry is that the Middle eastern and Pakistani's have now developed ghetto's where English isn't spoken. Could go the same way as the US.

I see your point, starbender. I'm not saying everyone should be forced to live together. I'm saying have enough sense to not freak out because someone in the same room has a different skin color. I'm just guessing here, but I think it's a safe bet that Reggie Jackson wasn't dressed like a gangsta or anything. It's just silly.

fuzzbox - it's a puzzle, really.

david - great points, of course. Like I said, I wasn't impugning the whole community, just saying that there is a tendency toward acute navel-gazing, there. Being related by marriage to those folks, I could tell you many more such tales than this one. This was just one that I heard yesterday, and it piqued my interest.

tickersoid - Also, you have a much more limited amount of space in which to function, whereas we tend to spread our big-ass communities out rather than staying in place and learning how to get along. Yeah, the non-English thing is troubling. Actually, if current trends continue, the US will be more than 50% hispanic by the year 2040. That's a pretty quick turnover, actually.

I live in a very small town in Pennsylvania, and it is the whitest place I have ever seen. The first time I walked down Main Street I just stared in amazement because everyone was big and blonde. It's surreal and even after more than 4 years, I am not used to it.

I come from the deep south which is stereotypically very prejudiced but I think we have made strides to improve attitudes. Not so here. It is absolutely shocking and horrifying to me, to hear these racists talk about why they don't want black people living in our town and how no one wants their daughter going on a date with the boy adopted from Korea (this was told to me by a group of dear friends of the boy's mom).

Wow, that's amazing, jcr! How tragic for the boy! Husband's cousin is married to a Korean woman, and their children look more Korean than not, and apparently there's been a bit of discomfort over that for them in school, which is sad. What's funny is they have the same north Texas accent and predilections of any other 8 and 5 year old boys in the area. They're such lovely adorable kids, and I hadn't even thought of the kind of prejudice they'll be met with when it's time to date and marry...

I live in an area that still has many enclaves that are racially segregated , but I work in downtown Chicago which has significant racial and ethnic diversity. It's a stunning difference to see every day!

The ignorance exhibited by many of the people around me, in both areas, is disturbing. Sometimes it is driven by fear of the unknown or misunderstood, and sometimes it is driven my hardcore prejudice. Unfortunately, economic segregation often confuses things even further.

I respectfully disagree with Starbender's comment. In all but perhaps the most impoverished and violent neighborhoods, a white person can move into a black or hispanic neighborhood without being harassed (at least is the case here in the Chicago metro area). This issue is not that whites can't live together in a neighborhood, but that minorities are given fewer economic opportunities, poorer quality of education, and fewer community resources to be able to move into "white" neighborhoods (which are traditionally safer, cleaner, and have better schools). And sadly, for those that do manage to break barriers and better their life for themself and their family, there is always some ignorant ass who thinks he/she is predestined to be "better" because his/her skin is a lighter shade.

In my humble opinion, we are still just a society of primitive people; we just have better technology.

I haven't seen "Crash" yet, but I've been told to watch it. It apparently addresses or comments on the Race issues that are still prevalent in American society.

This is a subject I've been dealt with my entire life. Looking "different". Everyone always wants to know "what I am"....

I'm Mexican-American from San Antonio. Both my parents were born in Texas. My grandparents in Mexico. I grew up in an all white suburb and we didn't speak Spanish in our home. My parents spoke it to each other and we understood them, but we were not to speak it b/c my mother didn't want us to have the dreaded (in her eyes) "accent". She felt that our lives would be easier if we were as "white" as possible. I missed out on a lot of Mexican culture b/c of this. This was in the '60s...

I left Texas in '74 and lived all over the world with my Army pilot husband. I've not experienced prejudice because of my ethnicity since I left Texas.

Living in the deep South for the past 18 years, I'm always complimented on my skin color, etc. People who were born and raised down here accept me completely....

Now if I were black...that would be a whole other story....

It's so sad that such racism still exists...all these decades later.

I've only just seen 'Crash'.
It is possibly the best film I've ever seen.
It is full of irony and there are no hero's or villains. Just a 'good and bad in all of us' kinda thing.
Everyone should see this film.

rocky (racquel)It seems that things have to boil down to an "us" and "them" kind of arrangement, so that people can feel there is some sort of conflict they're wrestling with. I think that's why sports are so prevalent. We're awfully hostile - it's a jungle in here! Thanks for speaking up, dearie. What you said is brilliant - that we are primitive, only with better technologly.

ben - lovely to see you again! Crash is on my short list, and

tickersoid - thanks for recommending it. I'll see it soon

big pissy - nice to see you - your blog has been entertaining! - About the racism thing - I'm one of those gregarious types who never met a stranger, even as a tiny child I would go up to old people and start conversations, and I'm just astonished by the fear people have of other people. Actually, my great ease is one thing I think husband was attracted to - his parents are agoraphobic and terrified of other people - of all colors. It's freakish. I'll say again - I can understand being a little uncomfortable with the unfamiliar, and even having hatred borne of ignorance, but acting like an idiotic gaggle of geese is just SAD.