In the words of Loreena Bobbit - It won't be long now...

In a fracas with the Chicago police, a man severed his own penis and threw it at police officers. Apparently Jakob Fik was distraught over difficulties with his girlfriend in Poland when he began throwing knives and ultimately his amputated limb at the policemen. Not only do they list his name 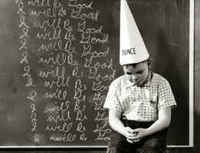 , but they also put his street address in the Chicago Sun Times, so the humiliation may be complete. I don't know, I find that amazing for some reason, printing his address. Just in case anyone's in doubt, you want to know if it's your neighbor who went whack with a knife. I'm all for disclosure and all that, but it seems, I dunno... If I went bananas and created a bad-news story, I'd at least prefer the anonymity of just having my name and not address listed in the daily rag. Oh, and what was he thinking? "shit! I'll show her - I'll cut my own dick off - then she'll be sorry." I have to say, it must have been an impressive thing if it reached all the way to Poland.
Posted by phlegmfatale at 1:05 AM

Ha, I guess he DID show her.

Dang, and I just thought that my neighbor was crazy. I cannot imagine what would cause a man to kill his best friend.

does penis realy counts for a limb?!

I wish he was from iceland, then I could have made a Wreck-ya-dick joke...

I guess I'll have to attempt War-sore instead :)

He's no longer a "member" of the Warsaw "packed"...sorry pact.

What did he do that for ?

Maybe he wanted to send it in the mail

I love the picture you chose to illustrate your piece. he must have been a little "off" to begin with, no?

Thanks for the add too!

knight - seriously? The way you boys act - it DOES count as a limb!

ben heller - you win the prize - that was beyond clever

jacquie - yeah, the dunce thing fit. and you're welcome!

At first I thought "Well, maybe he'd just run out of stuff to throw at the cops."

But, no, that can't be it, as he obviously still had one knife...

Wow, that is an interesting choice of "weapons" to throw at the cops. Just wait until his day in court, where he will cut off his balls and throw them at the judge.

I hope if (when?) I get cornered by the cops I don't try to lop off my boobs.

I'm honestly surprised the paper printed it b/c it sounds like a lawsuit waiting to happen, or at least to be tied up in court.

Everyone else pretty much took my witty thoughts;)

No witty comments from me - see it's all been said..
What the hell did his girlfriend do that would drive any man to wack of his own penis..??

rocky - well, he could always ask to be let off with sentence served - he has to spend the rest of his life dickless, so that has to be punishment enough.

heather b - EW! I think you'd have better luck getting off with a warning if you tried USING your boobs ON the cops rather than lopping them off.

becky - yeah, that was surprising to me - I guess the custom varies from paper to paper, but it seems a little too informative

grace - what COULD drive a person to do such a thing? Drugs? Drink? astonishing, really.