OK. I haven't blurbed on my tv habit in yonks. Lately I've even been missing some favorite shows as my DVR has gone wrong, and I've been too busy to care.

Rome goes to 11 this week. It's got eleven. They changed the knobs out and now they can turn it up to 11. Holy crap!

I don't know why, Mark Antony was a better match for Atia than he is for Cleopatra. M.A. & Atia were equally solipsistic and diabolical, whereas Cleopatra is a drug-addled force of nature making the mere human M.A. seem out of his depth. And wow, what a pervy turkey Octavian has turned out to be. Who knew?

Anyway - love that one.

Top Design, anyone? Carisa annoys me a bit, but I think they manipulate the footage to make her seem like more of an ass than she is. I suspect she's no bitchier than anyone else on the show. Well, except maybe Goil. I love Goil - he's so cute. I think the guy they sent home this week - Michael - was far more annoying than Carisa.


American Idol, of course, sucked me in from the beginning by having a few genuinely talented people on the show. WTF is up with the soggy-toast under-energized Sanjaya? He gets up and sashays around the stage like he's rolling around a bag with a valium-drip. He's about 17 and seems positively geezer-like. I LOVE curly-top Chris Sligh - you can tell he's got an over-developed sense of irony and that he's not being taken in by it all. One of his friends in the audience held up a sign that read "bringing chubby back" and "fro patrol" which is an obvious dig at last season's winner who kept intoning "Soul Patrol!" in the little wrap-up interview with Ryan Seacrest after he performed each episode.

Anyway, in Tuesday night's episode, a pre-pubescent girl was crying as though she were witnessing the rebirth of the very Beatles or Elvis. She cried and cried and the camera kept showing her-- I predict she is now a social pariah at her middle-school. She's the Star Wars Kid of American Idol. She'll commit suicide. Her family will sue. It could be ugly.

I started watching 24 about 3 episodes into the season, and then my DVR started messing up a few weeks ago, so I'm back off it. Liked it, but don't know if I'll pick it up again. I'm planning to resist the new Bravo series about hairdressers - for some reason, that one is sounding resistible to me. Also, I'm not pleased by House being almost always pre-empted by American Idol shoving its fat ass into his time-slot. *Harumph*

I mentioned a couple weeks ago that I loved 300 - fantastic movie. My favorite moment in the film is after the first battle scene, the Spartans are walking among the dying Persians and dispatching them to Valhalla or Big Rock Candy Mountain, or wherever dead Persians go, and Leonidas is standing by, eating an apple and talking to his Captain who is also going about the business of dealing the death blow to the enemy men. Someone runs up to tell that an emissary is approaching- that it is a group too small to be an attack party, and Leonidas keeps eating his apple, his men keep killing the dying Persians, and Leonidas says "there's no reason we shouldn't be civilized." It made me giggle. 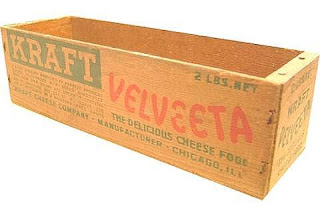 A friend has invited me to a karaoke thing Thursday night. Just what I need. So now the dilemma: Do I sing You Ain't Woman Enough or (Hold Me Closer) Tony Danza? Do I channel one of the queens of country or a queen from the rock genre? Actually, my ultimate fantasy karaoke would be a lounge-version of Jethro Tull's Aqualung. My version would be oozing velveeta as I sang "Hey!" *wink* "Aqualuu-ung!"


I know: it'll never happen, but it could have been so nice!
Posted by phlegmfatale at 11:25 PM

Good to see you're getting you energy back. But don't touch my Tull! (Just ask Holly.) But if you ever do it, channel William Shatner when you sing it.

Once saw biker, no shirt, leather vest and choker do Rappers Delight perfectly. A

24 just doesn't have the zing this season. Maybe Jack's stay in China wore his ass out. Showtime has a new one coming next month I'm looking forward to. The Tudors starring Jonathan Rhys Meyers as King Henry VIII. Great quote from the video blurb on Showtime's site "I'm here to decide whether to make your bed-mate a head shorter". Didn't see who he was talking to. And Callum Blue is in it. Remember him from Dead Like Me? And I've been watching The Dresdin Files about a wizard P.I. in Chicago. And BBC's new Robin Hood. And just saw Raines with Jeff Goldblum. He's a detective that see's dead people. Until he solves the murder. Except his dead partner won't go away. It's kinda noir so I gotta like it. And if my DVR crapped out I'd slit my throat. I haven't watched commercials in 8 years.

I've been watching Rome and though I like the series, I'm not a fan with how they're portraying Cleopatra as this sex-crazed, drug-induced idiot. She was ruler of one of the most powerful countries of her time. But, it's still fun to watch:) I'm still a fan of 24 since the first season -- it's my TV version of crack.

I saw 300 and posted a review of it. I do like the scene you're talking about, and liked the film, but didn't "love" it.

I can see you belting those lines out, poised like a cat, doing yer best Debbie Harry. "Sitting on a park bench, eyeing little girls with bad intent." I can see that. "...watching as the pretty panties run." Yea, I can see that. They put out a short little CD in 2004, Live At The Isle Of Wight 1970. Check it out. Amazing kick ass music. Makes the stuff folks listen to now seem so silly.

And I thought 300 was great. You have to judge it as a movie, and this as a movie from a comic book. I think they did an amazing job redoing the comic version of the history. My favorite scene was when the queen stabs the politician in the well of their counsel house. That was great. The scene you mentioned was also great. Don't know why that guy hasn't become a bigger star. I even liked him in Beowulf and Grendel, which was barely worth watching, but cool as hell at the same time.

My dream is to sing "Run to the Hills" by Iron Maiden...I OWN that song!
Hey, they have that rock star karaoke at the House of Blues every Monday night here...karaoke with a live band!
I'll have to check it out whenever I have a Tuesday off, I guess.
I'd have to be drunk, though, to actually sing. I get stage fright.

Oh, before I forget, FHB, the scene you mentioned was also my favorite. Silver (daughter) and I still snicker over what the queen said while she stabbed Theron. No spoilers here, I hope!

Christina - yea, that was great. The lines made it great.