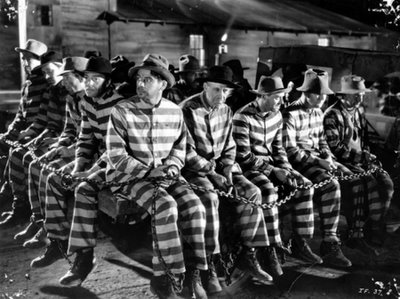 Anniversary week. On the phone with husband, we were uttering sweet unrepeatables about the chain-gang that is wedded bliss.

He: Oh, I'm getting a lot of voice mails.
Me: Must be the media dying to interview you and see how you've endured 13 years of marriage to me.
He: * after a bout of hearty laughter* That's really funny because it's only been 12.

Who says men don't keep up with that shit? Happy Anniversary, Husband. Maybe the next 12 will feel like 11, then we'll be square.
Posted by phlegmfatale at 1:00 AM

Whether it's a dozen or a baker's dozen doesn't matter, because to stick it out for that long in this day and age is admirable (or bonkers).....you choose.

Happy Anniversary!
Coincidentally I have 12 or is it 13..

I cam your way via Ben's site, and I'm glad I did. this post is hilarious! At least he tried, though ...

I definitely fall into the bonkers category, ben. Thanks to you and jacquie for the well wishes.

May teenage daughters and mystery meat keep your love alive for another 10-14.

Well, the teenager daughters didn't come with the house - they left when we bought it, but thanks for the well-wishes! We had a nice weekend.