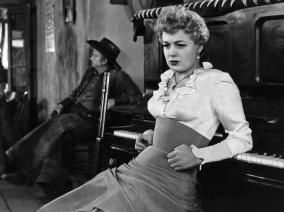 While I'm on the subject of losses to the cinematic world, I must hail the recent passing of Grande Dame Shelley Winters, long may she wave. Shelley was an actor of rock-solid technique, and in several films I kept thinking she seemed plucked from a job waiting tables in a truckstop diner, or the maybe as though the director found her in a bar, scraped her up off a barstool and slapped her onto celluloid unaltered from her natural state. She was a workhorse and a great beauty in her time. Her appearance in The Poseidon Adventure cements her in my mind as an actor extremely dedicated to their craft 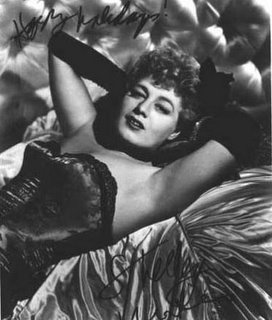 and not given to the vapid vanity of so much of Hollywood. She and Ernest Borgnine were actually a believably sweet pair in that film. I also must mention her brilliant turn in Stanley Kubrick's Lolita, appearing of course with the inimitable James Mason. What a broad! 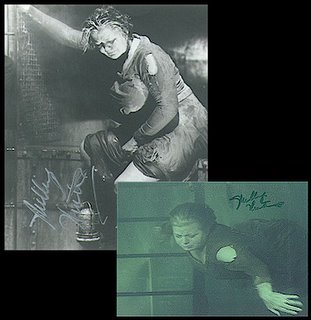 Posted by phlegmfatale at 1:11 AM