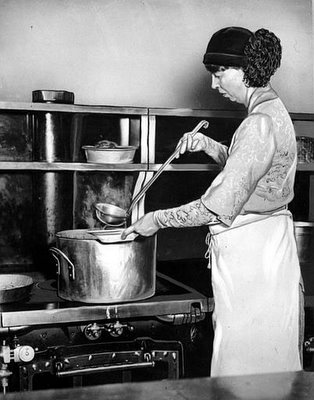 The National Coalition for the Homeless has named the 10 meanest US cities, and Dallas, alas, did not come in #1 - we were #6. Clearly, we've been overachieving lately, having overwhelmingly approved in November's election the construction of a $21 million Homeless Assistance Center on some prime downtown real estate. That's pretty fucking mean of Dallas, isn't it? I can't tell you how many times I drove away from my downtown loft to see drunken louts urinating on buildings and into bushes, topless crack whores on the nod on the street, and countless handoffs of contraband substances, and now I'll have the privilege of paying more taxes for their laziness, self-indulgence, or mental illness. I lived in one Dallas loft community on Harwood from 1988 until 1994 and we always had hookers in front of our building. Then from 2000 until 2004 husband and I had lofts on Ervay, and there seemed ever to be a filthy haze of homeless people lurking about, littering and wallowing in squalor. They are like hideous wallpaper, dead-eyed still-lifes radiating 3-D surroundsound stench. Frankly, I preferred the hookers - at least the working girls were lubricating the economy.
Posted by phlegmfatale at 9:43 PM

hmm not quite sure what to think of homeless people,
fortunately here in europe we hardly have any,
well at least not on my island, and when I visit big cities mainland I dont happen to see them as often as I did when visiting some american cities, seattle (my belowed seatle) being exception to this
back to what I wanted to say..
well my first impuls would be to say screw them its their own fault,how can you be homless if you are healthy and have lust for life but then again life has thought me so many times not to judge anyone,
I definitely dont agree with people who say that homlessnes can happen to every single one of us, but still I found your words describing them slightly ofensive,
maybe just because I dont have to live with them, I am sure I wouldnt like them pissing on my bilding

Wow - you didn't see homeless people in Seattle? You obviously didn't visit Pioneer Square. Then again, many grungeniks in Seattle are so badly dressed and ill-groomed that they are easily confused with the homeless. NOT ALL, of course -- some of my best friends live in Seattle, and their looks are slammin', trust me.

I don't say "screw the homeless," but I resent being called mean when my hard-earned money is forcibly extracted from me by local, state and federal goverments to pamper people who don't want to make a proper place for themselves in society AND who are peeing on my place of residence, all the while. Being born is a death sentence - it sucks - we're all going to die and a lot of life involves serious pain and emotional hardship - I'd love to check out and never hit a timeclock again, to never buy another stamp to pay an electric bill or buy car insurance. Today was a beautiful, temperate sunny day in Dallas, and I thought lustfully of napping under a bridge, but there was work to be done. I can't tell you how glorious it would seem never to have to deal with a financial institution again. That would be great, but I have a responsibility as a member of society AND as a member of my family. Being here and enjoying the fruits of society involves a tacit contract to participate and meet certain obligations.

Also, if I am to help the helpless elderly and children in my family (which is the most vital aspect of the social contract) I have to be a financially viable member of society. And I wasn't born into wealth or privelege - it took a whole lotta tryin' just to get up this hill. I've made tough choices and done without little luxuries which would have made my life sweeter, because I am a responsible person. Again, I didn't bitch about the confiscatory taxation practices of our country, although that is a bone of contention for me and will probably come in a later blog. I WAS exercising my right to protest being forced to pay and THEN being called "MEAN" by the very same socialists who STOLE - yes, STOLE -part of the money I worked so very hard to earn. They are biting the hands that feed them, and I fear a society that does not question such flagrant self-indulgence.

The homeless who are mentally ill should be institutionalized and cared for in a proper manner. Those who simply don't want to work should be warehoused and made use of for the good of humanity. End animal testing and instead use the terminally lazy who are simply a drain on society.

Oh, and Knight - I appreciate that you took the time to comment, even if you disagree. Thanks for recognizing that a greater familiarity with homelessness might make you more critical of it. "Familiarity breeds contempt" became a common expression for a very good reason.

Isn't that Eleanor Roosevelt doling out that soup?
I wish she'd come to the Barnes and Noble I work at. A little WPA slop might go well with the sugar cookies and Grande cappuccinos I get on my breaks.

Oh, and further, I am aware and deeply chagrined that I misspelled "privilege." It was not the first misspelling of mine in blogger, nor will it be the last, I'm sure. One of these days, I will start using spell czech.

totally agre on familiarity quote ( was it Oscar Wilde bthw?)

as for spelling please dont go there, at least I have an excuse of Enlish not being my native language lol