The family reunion last weekend was great, but it's always a little sad, too, thinking of the old folks who've passed away, and invariably, there's a new baby or two to replace the old timers. It's a natural cycle. Some day I'll be the wizened old relic the youngsters see but don't really talk to, a product of another century. For now, though, I'm more than happy to occupy the middle of the road.
Mom had 3 siblings who were prolific breeders, and from them I have 16 cousins, and then I have about a dozen more first cousins from m 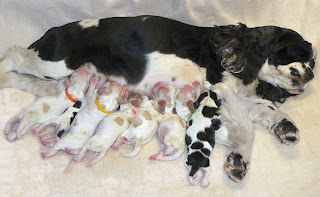 om's step-siblings. That's a lot of first cousins. But it gets a little more intense: my grandfather and his brother married sisters, so that means Mom and her cousins are double-cousins. This means that genetically I am as close to Mom's cousins as I am to my aunts and uncles. Odd, innit?

I realize this is sounding like one of those bad jokes about a family tree that only has one branch. Well, it's not quite that bad. Well, it is bad. There's been more than one tragic case amongst my cousins to indicate that some DNA combinations should be kept on a very limited production scale.

The funny thing is that I always knew about the double-cousin thing as a child, but it sort of didn't register until a few years ago. Aunt B. is Mom's (double) cousin and reared her children in California and I saw them only rarely, until they moved to Arkansas across the street from my grandparents when I was about 8 or 9. 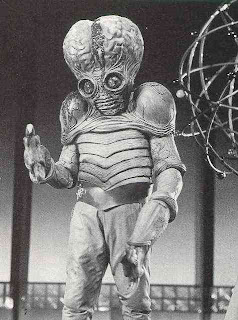 B's 3 sons were ultra-bratty and overly-worldly in the way all my cousins from California seemed to be. They were nasty, they let their underwear stick up out of their britches, they had odd vocabularies. When I was about 6, I heard a toddler California cuz tell his big brother "cuck woo." It seemed so strange that it stuck in my mind. A few years later, I realized what he was saying to his big bro, and I wondered how a toddler managed to use vocabulary I didn't happen upon until fifth grade-ish.

Anyway, - B's 3 sons. They started bringing coins over they said they'd found buried under their Victorian-era home across the street from Grandpa's house. They found some way to sell these coins and make a little cash. They always seemed to be finding rare and lovely coins, but no one scrutinized them very closely.

One day, Grandpa got out his coin collection, which, oddly, was mostly all gone. All that time, those little devils were absconding with grandpa's coin collection and brazenly returning to the scene of the crime to boast of their "finds."

Shortly thereafter, B and family moseyed on back to California. B is a very sweet person who has been plagued with problems of an ill spouse and conniving, ruthless children. Maybe that's the strangest thing to me, that the cousins who seemed to know so much and to be so worldly have been the ones worst treated by the world. Some of these first cousins look older than my parents, and these are people within 5 years of my age.
I suppose there's an advantage to going through life a little guarded and not letting the woes of the world engulf one. I'm glad my parents kept my experience very small-scale and personal, and acted to prevent a greater familiarity with the ways of the world from damaging their children as long as possible.
I've never really discussed it with my folks, but I rather suspect these bad cousins and distracted, inattentive aunts and uncles are one reason my parents moved us well away from a lot of the family.
Sometimes, it's easier to like people more when you know less about them.
Posted by phlegmfatale at 4:30 AM

Oh I do hear you about the merit of putting a little distance between oneself and one's family! Hubby's family are so much easier to deal with now that there is half a country between us. We are very pleasant on the phone.

My folks did the same thing. They were thinking about buying a house in Temple in the 70s, but there was yet another eruption of stupidity from the cousins and siblings. They suposedly looked at each other and decided to buy a place in Ft. Worth in stead. Thank God.

barbara - tell me about it!!! The policy should be to live far enough away from relatives that they can only give your kids headlice once every 2 or 3 years.

fhb - good on your intelligent folks - they did you a tremendous service there. Outbreaks of stupid are mighty hard to counteract.