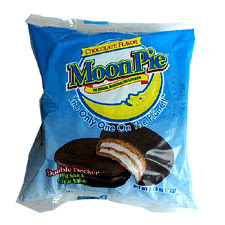 Well, the trip to the Ozarks was a wonderful reprieve from the same-old same-old. Mom and niece rode with me and we headed up there on Friday, with mom offering the occasional tip (speed limit, etc.,) which was mightily appreciated. At one point she said "do you mind my backseat driving?" to which I parried "no, I'm accustomed to a passenger who finds my driving incompetent." Sadly, this was not a lie.

Spent Friday night in Hot Springs. We stayed at a major (reliably clean) hotel chain. Prior to checking in, I drove to an adorable motor court with marvelous neon which I have wanted to check out for yonks. The rooms are arrayed like little duplex casitas, adobe exterior, and they look to have been re-done since I was there 6 or 8 months earlier. Very cute. Just as I was about to call and cancel the reservation with the other place, one of the quaint rooms disgorged an unfortunate pair who aptly fit the description "pimp" and "crackwhore" and so it was off to our reserved room around which no ne'er-do-wells were to be seen. Perhaps I'll check this one out some other time when children are not along for the spectacle. In the meantime, thank goodness for the major chains.

The next morning, we headed north on 7, wending our way through the Ozarks. The weather was exquisite, the road was steep and curvy, but my grippy new tires were up to the challenge.

Along Highway 5 is a mountain called "Old Joe," and Mom mused that in his book about the 19th century Ozarks, John Quincy Wolf mentioned a mountain called "Naked Joe" because trappers/hunters had started a fire which burned all the timber off the mountain. Of course, in the past 100 years, a few trees have grown back, to say the least, but I think this is meant to be the same place.

We stopped by the Strawberry River on Arkansas Highway 56 and went down to the spot where my maternal grandfather would take us swimming when we were kids. It was strange to see again, and kind of bittersweet.

More on that later. One of the best stories I heard all weekend was actually from Texas. Dad has a garage and once someone brought in a souped-up Trans Am which they left overnight for work. Dad had a guard-dog at the shop named Lonzo which was one of the strangest dogs ever. Lonzo had an enormous head and large, powerful body, but the sawed-off legs of a Corgi. He had black hair with grey tips like a wolf-hound. He was very smart, and hilarious to watch. Anyway, Lonzo had a strange fixation on the black Trans Am. They deduced that he had made a run at the hood perhaps hundreds of times, judging by the shredding of the paint. Long, raked trails of toenail-furrows traversed the car from nose to the back of the roof. Lonzo's piece de resistance was when he left his calling card atop: a perfect doo-doo swirl. Inexplicable. Fortunately, the customer was amused by the customization, and said he was about to have it re-painted anyway.

Lonzo would hatch an escape plot occasionally and gad about to visit a circuit of lady dogs in the area, and he clearly impacted the vagrant dog population of Dallas for decades to come. If he were human, Lonzo would have worn a seersucker suit and carried a mint julep and brass knuckles, such style he had with his jaunty, confident gait. Every once in a while, you'll see a sawed-off brute of a dog in that area of town, and you'll know the spirit of Lonzo lives.
Posted by phlegmfatale at 4:59 AM

I hope the spirit of Lonzo lives on in time.....just not in the space around my car.

tickers - since your car is one of those 3-wheeled jobbers and not a Trans Am, I think it's safe from the spirit of Lonzo

Hilarious dog story. What ever happened to ol' Lonzo?

And the scenery on Highway 7 is amazing. When I first started going canoeing in Arkansas we'd take that rout up to the Buffalo. Many great memories of zippin' up that road, and then back down it, in my old firebird, or as luggage in someone else's blazer.

Oh, the Motor Court sounded charming, right up to the Pimp/Crack-whore denizens. They'd probably tried to have recruited the 3 of y'all into their "business". Best that you went onto the chain hotel.
And aren't backseat drivers sooo helpful? Like you can't read the spped limit signs, doesn't LouLou have cruise control?
ANd thanks for the Lonzo story...sounds like a dog my older bro had, Socks was his name. He always brought his pregnant wives home. What a nice doggie!

fathairybastard - Lonzo succumbed in a fight with another mean dog, alas. I think he probably would have wanted it that way, even though he did deserve to be put out to pasture somewhere.
Yeah, Highway 7 in Arkansas is just gorgeous.

hollyb - yeah, we didn't want no recruitin' going on around us that weekend!
Yeah, at one point, though, the road signs were schizophrenic - one said 50 MPH, and then in about 100 yards was one that said 35 MPH, and then 50 or so yards later there was a 50 MPH sign and then 35 MPH. scwewy.
It was nice of Socks to introduce his lady friends to the family.

I think I spent the night at that particular 'motor court' about 20 years ago. My ex's folks were from HS and had a place up on Quapaw. Prior to that, they rented a house on Grand and he had a shop over on Cushman where he'd 'hang out' a couple of hours a week when he wasn't chain smoking at Martin's.

Monday I was at Elliot's HW up on N. Coit and saw a t-shirt hidden among the Elliot's shirts with a Moon Pie and RC on it. Nearly bought it, but decided I really didn't need to advertise more than I already do.

That t-shirt? I may have to go to Elliot's today & snag that. SO cool!

Strawberry River - what a delighful name!

Love the story of Lonzo taking offense to the trans am. I wonder whatever set him off? How very fortunate that the owner saw the humour in the situation.

sigh...i love moonpies, and they can be elusive.

lucky for me, i can go up one floor and buy one for 30 cents. yayayayaya.

barbara - yeah, the great name adds to the memory, I think. It's hard to say what set Lonzo off - he was a nutty dog!

sudiegirl - Moonpies rock - I'm going to go to Chatanooga and tour the factory someday. Something from childhood, & whatnot. 30 cents for a moonpie is a bargain!

Loved this story - mainly 'cause I remember Moon Pies and "RraC Colas", and had a Trans Am once.

mushy - I had a bitchin' Camaro. It was really cool, actually. And I still love a moon pie, but not very often.

When I was in college in Arkansas one class I perpetually took (for credit!) involved canoeing or kayaking all the rivers (the navigable ones, anyway) in the state. I ended up with something like 30 credit hours in kayaking. I guess I could have gotten it on my diploma as my major, but that would have just been wrong.

rabbit - yeah, that would have garnered you bragging (or ridicule) rights way up there with a basket weaving degree. Still, I'll bet you saw some spectacular scenery. But 30 hours? Impressive!