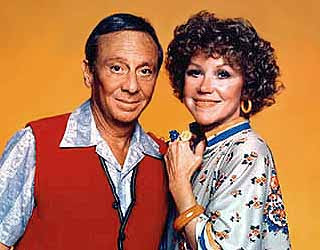 This story from back in April stuck in my craw, just a bit.

A San Francisco couple (software engineer and a realtor) bought a 6-unit apartment building for $995,000. They immediately evicted several tenants and tried to evict all 6, but were sued by a serial litigant resident, disabled, who had also bilked the previous landlord for untold thou$and$. Based on his lawsuit, both landlords were incarcerated. One member of the couple is out of jail on $350,000 bond and the other is waiting to be sprung for a $250,000 bond. Her bond was originally $350,000, but the judge reduced the bond size. I wonder why? Clearly, these people were a real danger to society and needed to be locked up. It's not like they were some rapist from Oakland, or something, $10,000 bond, etc.

Apparently in San Francisco, there is a law that residents may not be evicted in order to charge higher rents to the next residents. What I'm wondering about is the terminology and what constitutes "eviction" in California, but there are apparently 14 situations in which eviction is deemed appropriate. I rather wonder that there are any such "situations." It makes sense to me that-- in keeping with other idiocy in the land of the fruit and nuts-- real estate laws would effectively hobble commerce and the folks who lubricate the economy in favor of dead-beat non-contributors. But what happened here sounds to me NOT like eviction, but like the people were evicted after refusing to pay higher rates. (at least in Texas) there is no rule or law that a landlord MUST renew a lease, and why should a private property owner be FORCED to keep a bad or under-qualified tenant on a property-- how does this fall under the purview of local/state or federal govs? Also, what asshat thought it was a good idea to say landlords couldn't raise their rates concommitant with the rise of common area utility/fuel costs, taxes, etc.,? What would be the point of owning anything if you are guaranteed an equation of diminishing returns? I have no doubt that as in Texas, in California, someone who buys a rental property is obliged to fulfill the terms of lease agreed upon by the previous owner, and for the full life of that lease agreement. However, after the lease is up and given the agreed-upon period for notice of renewal or move-out notice, then the tenant has no legal beef if the landlord chooses not to renew their lease. I think this is fair. Else, we'd all just be living in Pacific Heights world where landlords would be in the permanent bitch seat with exploitative residents.

Apparently, San Francisco enforces a city-wide form of rent-control, keeping rents lower than the market rate for the same property when sold as a condo or townhome. One rather wonders why anyone bothers to provide rental property there at all, considering how restrictive the city code is for landlords.

The landlords in this case apparently tried to intimidate the tenant into leaving, including instructing maintenance people to destroy parts of the building to render it uninhabitable.
I'm not defending these landlords- their scorched-earth methods sound lame and self-defeatist to me- but I wonder how anyone could expect property owners who provide vitally needed accommodation to those who want to live in the city but can't afford an entire building themselves to give it away free or at a loss? This is insanity. 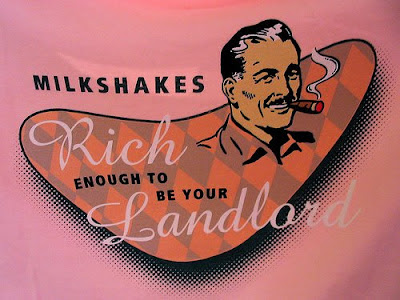 What, no dog pic today? Oh, no, how are we going to learn how big she's gotten TODAY?

And forgive me, oh, great one, but... today, about 7 minutes ago, for the very first time, I came across the word "phlegmatic". First time!!! Man, I feel stupid.

That sort of policy is the sort of Socialist thinking I've come to expect from CA. It IS the State that gives us the great minds like Dianne Feinstein, Grey Davis, Jane Fonda, Tom Hayden, a plethora of Vegans, PETAns, and assorted other nutjobs.
All we can do is pray for the San Andreas fault to give way, SOON!

Oooh, Holly! You are spot-on about CA, especially SFO!

A rent-controlled apartment was THE thing to have when I moved to SFO in 2000. IIRC, the landlord could raise the rent if and when a tenant moved out, but not before. And the rental market was tight, then... just before the dot-bomb implosion of 2001... with only a 5% vacancy rate, city-wide. Finding a place to live was a pure bitch; you had to queue up to submit an application to rent. It took me the better part of a month to find a place, and then I paid thru the frickin' nose for a one-bedroom flat in Berkeley. SFO is beautiful, true, and one of the best restaurant towns in all of America. But it's also full of nut-jobs, not to mention being expensive as all get-out, too.

SF is a very expensive place, but a a six-unit, three-story apartment building on Clementina Street for $995,000 - that's dirt cheap even for South of Market (SOMA, like the Government narcotic in Brave New World, without the slightest hint of irony) which is usually a dump near or underneath a freeway overpass, complete with your own derelict-dude and dog-poo.
Google street-view of Clementina Street...and you get a two-block long ALLEY with mixed industrial warehouse buildings, residential, and an ugly parking lot that's probably the most lucrative business on the block - parking is very expensive in SF and most residences do not have a garage or parking provided. People park on the street and get their cars broken into, or abandon cars entirely and act all smug about being car-free and defacto "environmentally sensitives" - twits. Anyhow it's a rather ugly environment that only a San Franciscan could even think was acceptable. But I'm glad they do, and hope they stay there.
Anyhow for pics of the fabulous Clementina "street" check my blog...