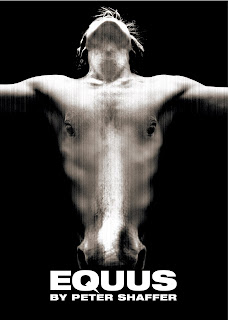 What did I tell you about catty British papers?

Lily Allen's baby brother Alfie is taking over the Daniel Radcliffe role in the play Equus. The star plays a stable boy who *ahem* is put through his paces by some shameless hussy.


This article in the UK Mirror unctuously bemoaned the density of Alfie's er, uh, body hair, as the actor must appear fully nude in the role. I kept picturing Peter Lorre rubbing his hands together in anticipation. Apparently, Alfie received constructive criticism and tamed the wild undergrowth. The article goes to great lengths to mention the immaculate topiary of the Harry Potter star Radcliffe. Uh. I don't even know where to go with that one.

Try this verbiage on for size:

Happily the once unruly Alfie is a reformed character and recently beat off competition from nearly 200 actors across Britain to bag the part.

Corny AND tacky. I am at once horrified and delighted. Sheesh.
Posted by phlegmfatale at 4:16 AM

Ya know, I googled images of "Daniel Radcliffe" right after the last Potter movie came out, since I had seen an article with cool pics of him in a magazine and couldn't remember anymore which one to show my daughter...

I got full-frontal nudie shots of Mr. Radcliffe in his London "Equus" role! Right there, just from scrolling down the page.

The worst thing was he was still seventeen when he was in that play, so I was all, "ZOMG, I've got kiddie pr0n in my browser history!"

I can't imagine those were publicity shots, so some disgusting pervert clandestinely took pictures during a performance and then posted them on the internet. So nasty, sweaty pedophiles can get their jollies from seeing "Harry Potter" naked.

It utterly enrages me.

That's our tabloids for you, they give pond scum a bad name.

Go and wash your eyes out.

christina - yar, I think they WERE publicity shots. Show-off.

I wholeheartedly share your horror and delight! In fact, my new favourite phrase is now "immaculate topiary". Well said, Phlegmmy!

Can they DO that?! Use naked pictures of a seventeen-year-old as publicity shots? I really, really hope not.

That Equus poster reminds me of the elk we have hanging in the barn, fergawdsake.

I've heard of the infamous casting couch but never imagined that a young man would have to beat off 200 others to win a role. Perhaps Guinness Records should be informed, presuming they have a category for such handiwork.