This is my Oct 7 post from Dallas Diorama, but it's such a personal interest story I had to post it over here too, though I've punched it up a bit for you sexy, sexy people. Enjoy! 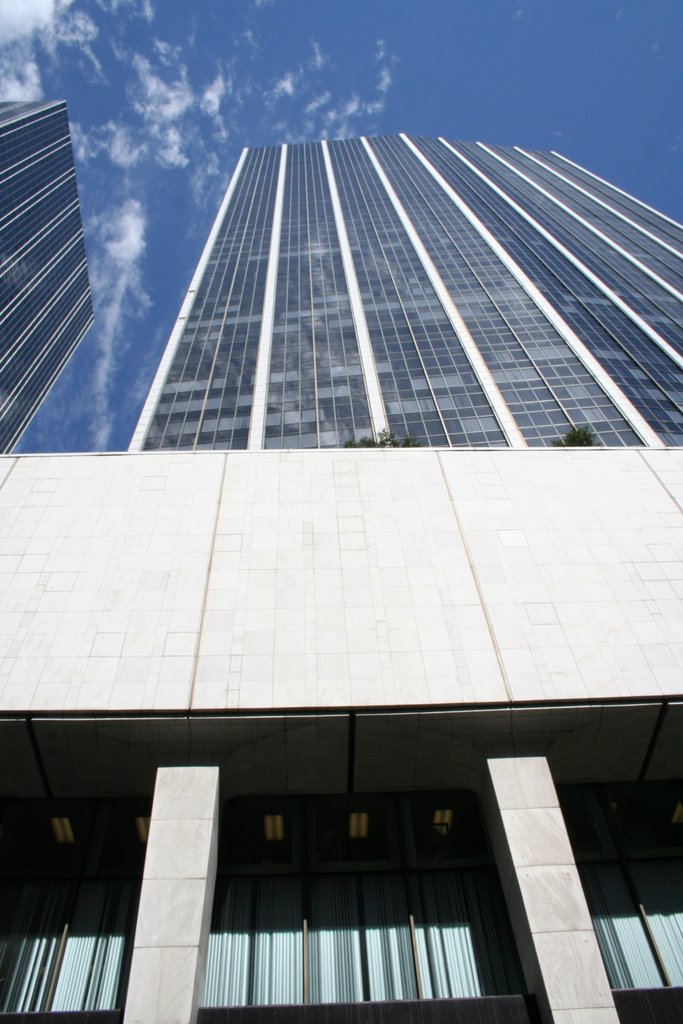 This is a bank tower I worked in for a while downtown, something like the 33rd floor. I always wanted to work downtown in an office of some sort. I fancied I'd wear hot little 40s-influenced suits on the cusp of decent/too tight, with funky shoes, and flounce around pretending to be oblivious to how cute I actually was. You might notice there was no concept of actually working or performing some odious sort of task in this vision - that's why it was a fantasy - it was all about the outfits! Naturally, someone should pay me to exist as an ornament. But I digress.

So when I got this job at a bank, it involved afternoon-evening hours doing paperwork, not in-contact-with-the-public, i.e., free parking in the parking garage under the building, no reason to overdo the garb for mere mortal co-workers and staying within the building. Oh yeah, there WAS a bomb threat one day, but then we all had to tramp downstairs and stand on the street for a half hour, and for that we had the privilege of working late. Not exactly the glam downtown "That Girl" kind of existence I'd envisioned. Oh well. You can't win them all, and I should have taken it as a sign when I arrived early the first day of orientation and dashed to the loo for a quick pee. As I gathered my notebook and purse and coat, I heard the sickening "sploink!" of my circa 1994 two pound cell phone breaking the waves, as it were. At least I'd already flushed.
Posted by phlegmfatale at 11:20 AM

...and you hadn't actually made the necessary flushing procedure, yet. :(

You call it the loo in Dallas, too?

love to do this kind of photos (looking up)...