...in which my gentle readers get to settle a fierce disagreement. *snerk*

When I moved into the house, I couldn't use my brand new gas range, because the house has an electric hook-up for the range in the kitchen, and it came with a functioning range. I shrugged it off. I knew very much that this was a project house coming into it, and so using the manky old stove that came with for a while was not an oogy prospect to me. I'd just make sure to not let any of my edibles touch the surfaces, yeah?

Well, the more I've looked at the range, the more I've come to realize it's not that old after all. It was simply limned with a revolting mix of greasy, grungy icky filth. Yes, I've been living with that for a few months now, but looking at it Thursday night, the major gross-out factor on the range was the little venty things which were clotted with muck and oomska. I went to the bathroom, got an old toothbrush and began scrubbing away at the mess. Well, I got the lion's share of the gunk out, but the areas near where the handle attached to the door were un-reachable. 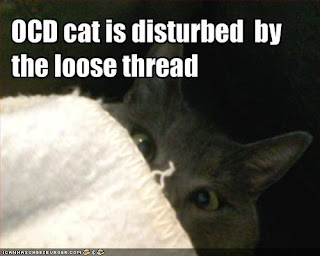 Himself was in here on the computer, typing up a post, and I called him in for an assist with the dismantling of the oven door. With power tools. Yes, it had to come out of there. That gooey muck was so frelling nasty. [How the hell did they get grease, goo and foody bits in those vents? I mean, you'd literally have to have food glops oozing down the front of the range. And it wasn't just one event, because there were different fields of certain colors or textures. One was tomato-red, another baby-doodie golden and so on. Anyway. How? HOW did this happen? How could you have a long gloopy food smear down the front of your appliance and just leave it there? How did I live here for 4 months without scrubbing it out before now?] So, the door disassembled, I merrily tucked into taking the vent and the handle apart and was scrubbing away with the toothbrush, a sponge and a paring knife at the igneous formations encrusted on the vent innards when Himself exits the room and lobs a little depth charge about OCDism.

Me? I'm a messy person. Truly I am. But I'm all about the clean clutter. Yes, there are free-range dust buffalo around my place. There's a backlog of laundry at about any time you come here. But I don't have crusty nasty foody stuff drying/solidifying/molding/mutating anywhere in the place. Does that make me OCD?

What do you think?

I think I was just being thorough. It looks so clean and shiny now and I'm sure it'll do a much better job of cooking now that it feels fresh and cared-for.

Note to self: must have car detailed.
*ocd cat courtesy of I Can Has Cheezburger
Posted by phlegmfatale at 12:01 AM

Obsessive-compulsive? Our Phlegmmy? Perish the thought!

(On the other hand, next time you hear someone singing 'Home On The Range', if your thoughts turn to your kitchen, you're probably doomed . . . )

Enjoyed reading your blog..I would say not OCD,Your house sounds like mine..

Unless you insist on removing the entire door handle *every time* you clean the oven, I'd vote "no" on OCD. :)

OCD is a obsession that compels the individual to perform a certain action, or they suffer emotional stress. It can be a broad obsession, or narrowed down to certain things, such as a dirty oven.

I wouldn't worry about it, unless you find you can't sleep because of your oven, or the neighbors start deadbolting their doors because they find you on their porch with EZ Off, and a toothbrush at 2:00 am.;)

OCD? Unpossible...Himself should make you some steak on your newly cleaned of grunge stove as an apology. http://thelawdogfiles.blogspot.com/2010/05/skillet-steaks.html
Just sayin'...

No on the OCD, a thorough cleaning is the first step in having a properly operating device, be it stove or firearm (put a saddle on the stove, we're going to ride the range tonight...).

Not OCD, just worried about public health and safety.
LittleRed1

There is nothing OCD about wanting someone else's filth out of your home. In fact if you were OCD, there is no doubt in my average mind that the stove would have been dismantled and cleaned when you moved in.

Personally I think you have the patience of a saint to have not opened a can o' cleanin' whooparse on the nasty thing sooner.

I agree with Steff... on both counts.

What Sarah said. Once means you're on a roll and want to finish; twice means you're just being extra thorough; more than that, you might want to worry.

OMLordy... you've described me ...yes, with tendencies towards OCD. We just pick what we're 'OCD' about. Perhaps your other half should re-label it 'idiosyncratic' behavior if that sounds better :-)
BTW... for WHATever it's worth, I'm a licensed psychotherapist (not worth much these days since I've been doing domestic engineering).

Even people that clean spills get grease in vents, because when one is frying?

Grease splatters. Tiny droplets even get good airtime and go quite a ways.

Have you checked the filter on the air hood? If not, well... Be Prepared.

I say not OCD. I will attend to "general hitting the high spots" weekly and I have someone come in bi-weekly to do the dusting, vacuuming, and such.

But every once in I while I do take on something on the level you just did. The people in the house before me must have been horrid cooks, you can see the discolouration from what must have been a nuclear meltdown in the oven from the oven vent and the cabinet above the vent!

Of course you're not OCD. If you were truly OCD, you would have posted a poll widget for us to vote on the question.

Nah, that's just reaching your limit of tolerance with unhygienic filth as opposed to clutter.

Calmer Half can tell you I'm all right at living with clutter, but Dishes Must Return To The Kitchen Promptly And Be Rinsed, weekly bleaching of the counter and mopping of the floor is standard, and All Cockroaches Must Die.

It's only OCD if you're obsessive about it, and clean compulsively instead of on a schedule or by level of mess.

You are NOT OCD, which appears to be the consensus. Yay!