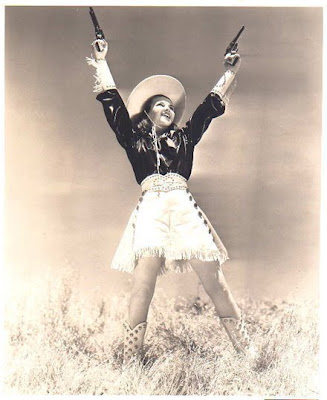 So, this is an absolutely true story of me, Christmas and guns from my own distant past. Forgive the repeat, to those of you who've heard this before.

We were living in a little house in northern Mississippi. Dad worked in Memphis, and Mom stayed home with me and my brother. I don't remember what I found under the tree that morning, but I was endlessly fascinated by the bb gun my big brother had gotten. As tall as me, here was an instrument of power and majesty. The bb gun had voo doo qualities. Hmmm.

It also came to pass that darling Daddy had a new wristwatch.

Dad had bad luck (wink) with wristwatches when we were kids. He'd had an Elgin he bought when he was 17, wore it all through his Army days in Panama in the early to mid 60s. When we lived in Frazier in the Memphis area and I was mebbe 1, a toddler, and bro was 2 and barely speaking in complete sentences, bro absconded to the great outdoors with Dad's Elgin and never was it seen again. Dad asked bro "do you know where my watch is?" and brother said "yes" and led Dad to the back yard where they proceeded not to find the watch nestled among myriad blades of grass. Finally, brother shrugged and said "maybe the frogs ate your watch." Some days later, it was raining, and brother looked at Dad and earnestly said "your watch is getting wet."

So, a couple years later, here we were in Mississippi. I still remember the wood floor, the hip minimalism of Mom's blonde danish-modern style furniture. The room was quiet. Too quiet. Hmm. Dad's watch, ticking. Hmm.
Recall, if you will, this was a moment in American culture rife with ads of elephants standing on watches and their Herculean crystals bearing up manfully, impervious to the crushing weight of pachydermal* tonnage. I wonder if... bb gun... Watch... Hmm...
Cocking the bb gun took all my strength, but I finally managed it. I laid the watch out flat on the clean wood floor, and carefully balanced the business end of the bb gun on the crystal. Keep in mind that the gun was as tall as me, and pulling the trigger took some effort, but boy howdy, did I hit my mark! The watch burst forth with coiled things, gears and things too fierce to mention, springing to life like a little mechanized popcorn kernel. Dad came rushing into the room and saw immediately what happened and said "Phlegm! Why did you do that?" and this is the first lie I remember telling in my life, but even then, I could think on my feet. I looked up with my big baby blues and said "I was aiming at my toe." Dad said "well, I wish you had hit your toe!" I knew he didn't mean it. Odds are, I sat on his lap and ate ice cream that night, as was our habit.
We talked about that again Friday night, both of us laughing. He said that had been dangerous to leave a cocked bb gun sitting around like that, and I told him it hadn't been cocked. I remember the exertion and how it was thus far the great feat of my young life, making that tool work, dipping my toe in the pool of the boys' club.
No chicks allowed?

Posted by phlegmfatale at 12:21 AM

Hey! I remember that commercial.

Why do I get the feeling those "baby blues" got you out of a LOT of trouble?

I love that story, Phlegmmy. I'm GLAD you didn't hit your toe!

Christina - awww! You're sweet! I'm glad I didn't hit my toe, because that would have meant my aim was right crap!

Interesting...
$13.95 for a watch back than, and what do they sell for today?
I think you can still buy a Timex for close to that price.
Great story Phlegm. Thx.

That story caused a big ol' guffaw. Thanks. Ain't it amazing how forgiving Daddys can be?

John Cameron Swayze? Not so much.

And you must have lived in Frazier (sometimes known as "Redhaven") quite a while ago.

Greybeard - that story was prolly worth at least $14.03, over the years!

HollyB - glad you got a giggle out of it. Yeah, a good Dad is one of the greatest things in the world.

As for me... I'm most impressed that you (a) managed to cock the bb gun on your own and (b) managed to hit the watch, too! No small feat for a small fry...