Since I'm off a few days in the week, I like to take whatever book I'm reading at the moment and go to a restaurant by myself for lunch. I don't mind if there's noise around me- in a public place that is to be expected. However, I have some restaurant pet peeves I'd like to whine about for a moment. 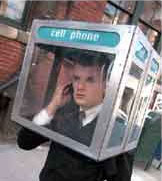 Why is it that terminally dullard women travel in packs and chatter so loudly that you couldn't tune out their inane palaver even with a Milli Vanilli track looping 'round your brain? Overheard at my favorite brunchy place recently was this golden chestnut:
"I came home and there was a big raccoon on my porch and I waited and waited and it wouldn't go away so I called 9-1-1 on my mobile." *much laughter*
I think no jury would convict me for battery if I'd slapped the shit out of the bitch just because. I would have called it a crime of passion. It just happened that I had a pair of foam earplugs in my handbag which I pulled out and ceremoniously inserted. It helped a bit, but I still resented they oxygen these women were wasting, along with the time and money of the public who provide a police department for real emergencies.
Next restaurant pet peeve - the Donald Trumps of the world who go to a public restaurant and think they are conducting a private business meeting, talking loudly and bandying about the usual tired corporate bullshit catchphrases. All I know is these assholes need to reinvent frictionless deliverables and engage collaborative solutions to give me a peaceable enviroment in which to enjoy my meal . Losers.
And finally, my personal favorite people whose heads I'd like to rip off so I could potty down their necks: people (predominantly men, I must say) who have loud cell phone business conversations at the table. My favorite Dallas Indian restaurant is near the region's high-tech corridor, and there's always some weenie at a nearby table, trying to talk colleagues through some meltdown that's happening back at the lab. Last week a woman sat quietly during the entire meal as her companion talked on his cell phone for at least half an hour.
There was a time not so long ago when one of the great things about being away from home was that you didn't have to answer the phone. Where has that sensibility gone? It's as though most people can't function without the disruption. Me, I'm finding it difficult to function WITH the disruption. Call me a cranky old broad, but my patience wears thin... Is there such thing as dining rage?
Posted by phlegmfatale at 3:32 AM

Another reason in my long list of reasons why the earth would be far better off without all the people.

Oxygen thieves, every last one of them.

I'm usually eating like a pig and don't notice others but you're definitely right about cellphone man.

Wasting police time over here is a £200 fine, but the police usually don't prosecute because it's a waste of police time.

I think one of the greatest drawbacks of the cell phone has been how it's led a nation that was already dangerously self-absorbed to become even MORE self-absorbed.

I remember walking through a shopping mall once a few years ago and the guy walking in front of me pulled out his cell phone, called someone, and STOPPED dead in his tracks in the middle of the mall to talk on his cell phone. He didn't step aside as a courtesy to others, he just stood there as I nearly tripped over myself to avoid running into him.

I believe Satan has created a new ring of hell especially designed for ass hats such as this and some of the ass hats you encountered on your recent restaurant reading excursion.

Rage is a wonderful thing. I nourish it on a daily basis, coaxing it from a wee baby rage, barely able to hold up its own head, to a mature fully independant rage.
I tend to dislike phones of any kind, hate cell phones, and fume at people walking down the aisle at Safeway discussing brands/prices with their partner at home (or maybe over in the Co-op). Why do they always talk so loudly? And in restaurants, it should be punishable by firing squad.
Nice use of the word "palaver" by the way, my dear. We don't use that word nearly enough.

tickersoid -sorry - day off & I slept late (glorious dreams) and didn't get in to post comments until laaate. My bad. eating like a pig because you're a big strapping guy and you've got to have your energy for putting out fires. Wasting police time SHOULD be a fineable offense--can I make a citizen's arrest?

perplexio - I don't think it's just the USA, perplexio - when I've traveled Europe, they've all been plugged into the borg, too. Probably that way in Asia, too, at least the kids. I think the self-absorption is an adolescent trait, and yes, we're not growing out of that as people once did. Scary.
You should have ploughed over that guy who stopped dead in front of you and said, "oh, sorry."
Yes, the asshat ring of hell just for these losers. That is an edifying thought.

barbara - yes, feed and nurture your baby rage, and then pity the fool who sets you off. Phones are an annoying interruption, though I do occasionally enjoy a lengthy conversation with people I love. Yeah, and people who talk about the groceries in the store - like an episode of The Price Is Right. Dull. Dull. Dull. Yes, cell phone use in restaurants punishable by firing squad comprised of the other diners. Sweet.
Palaver - I agree, an overly executed thing with a name that is underused.

Oh and regarding "Diner Rage"-- yes there is such a thing, it's what I nearly went into at Bennigan's when I was told they no longer offer anything less than medium well done meat. I like my steak and my burgers RARE, damnit! If it's not still mooing, it's over-cooked.

Amen to that, perplexio - beef is SOOO much better when it's bloody. If they're worried about mad cow, well, no degree of cooking (even charring to ashes) will kill the pathogen that causes hemmorhagic encephalopathy (sp?), so why bother cooking it at all? Tastes better bloody.

When I was in Texas last month I made sure to order my steak rare. I mean they have good steak up here too (being the "butchers" of the US, Chicago is known for their chophouses), but when in Texas... y'know. I don't know how but I managed to down a 12 oz. Filet Mignon. Every mouth watering bite was absolutely delicious though.

Cell phones are the bane of my existence. I don't even know my own cell number and I refuse to use it unless necessary.

Oh what great timing, some idiot just came up to me to pay for his service and what was he doing? Conducting a business meeting ON THE PHONE. I didn't even get a thank you out of him.

Visit a college campus. 90% of the students walking around have cell phones in their ears. The only thing missing is a nipple in every mouth.

I hate cell phones. It's rude to talk on one while you're in a restaurant.

Hey, you going to the grand opening of Lush at Northpark tomorrow? It's from 5-8 p.m.

perplexio - good on you, for getting a good bloody steak for a change. Chicago has such superb restaurants and impeccable waitstaff. I LOVE Chicago.

o.g. - there's no getting away from cellphone asshats.

leazwell - wow, vapid navel-gazing college students-- who woulda thunk it? Even the cell phone company commercials make fun of the inanity of self-obsessed adolescent cell-phone addicts. This may be a serious problem, indeed.

nongirlfriend - Yes, VERY rude to talk on a mobile in a restaurant.
LUSH is opening TOMORROW? Argh! I made plans already for the whole day/evening. *teeth-gnashing*
Well, there's always Saturday.

Hang on for a second. I need to take this call.

I hear you. I have a cell for necessary calls only, and I hate talking on it so much that I am damn rude/abrupt to the person on the other end, even my sweetie. I get off the thing as fast as humanly possible. People are generally ignorant, rude, and full of shit Trump or Gates wannabes. Maybe they should have to go outside with the smokers.(Wait, is that law in Texas?)

The best thing about the subway in my city. No cell phones work. aaahh..

I find it a sad commentary especially about the cell phone user. Cell phones truly are a bane on our existencee. They give people carte blanche to be rude to their companions, as well as ensuring more menaces on the roads.

jacquie - Yeah, cell phones out with the smokers - that's a beautiful marriage, I think. Yeah, but not for long - someday you won't be able to get away from cell signals even in the subway.

nugget - Very true. People are just rude in general. It's so selfish and sad.