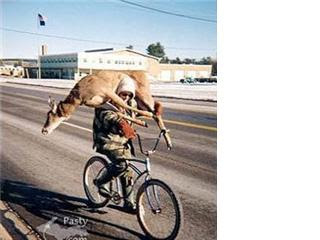 This is the 3rd show I've been to in 2.5 weeks, and I'm over-committed already. I'm just keeping my fingers crossed that no one else I adore will come to town before next year - I'm really too wiped out. Oh, but I want to see Tori Amos.

Funny thing - I was in the bathroom digging through my purse and a young woman said "are you [my name]?" and I said I was, and she introduced herself as someone I rented an apartment to about 7 months ago. She's an absolute doll, but I see so many adorable young women, they sorta run together. Anyway, she said "everyone loves you, everyone says how great you are!" It was SO nice to hear.

So, back to my seat, Taj came out on the stage and he had some really hot, fetching moves as he generally boogied and cut a rug through the whole set. He played a Stevie Ray Vaughan tune that was met with a warm reception, and generally there was lots of hootin' and hollerin' in the audience.

I was really hoping Taj would play Squat That Rabbit, but it was still a marvelous show, anyhoo. Oh well, you can't have everything.

My favorite moment was when he said "this next song is dedicated to women with a" and then he held up his hands, palms facing each other about shoulder-width apart, and he mouthed the words "big fat ass." The crowd went wild, although I did notice an abundance of under-padded females in attendance, and I wondered how all those anorexics reconciled their whooping at such a comment - it must have been a bewildering moment of topsy-turvydom.

It was a good time, but I've got a loooong day ahead of me tomorrow. When will I stop R.S.V.P'ing and saying yes to everything? Was it me who was howling a few weeks back about party season having arrived? *deflate*
Posted by phlegmfatale at 2:01 AM

Re: the pic...I'm just imagining all the fleas and other parasites merrily jumping ship to that person's, um, person.

And those underfed wenches at the concert?

They weren't bewildered, they were just jealous, natch, because EVERYBODY knows that real women have curves.

More cushion for the pushin'!

So glad you had fun.

I noticed you didn't even mention the guy riding his bike with a deer wrapped around his neck. That was a heck of a ride, I'll bet.

Glad to hear that you had another good night out, have not heard any Ruthie Foster will have to check her out.

Cool meeting a happy customer like that - bet it put an extra spring to your step.

Oh! is Tori on tour?? I've been waiting to see her live for 16 years

Damn, phlemmy. You been partying huh? Glad you're having a good time. And glad you got a compliment from a renter. Even if it was in the shitter. I've got to get me some Taj on my MP3 dingus. To go with Keb Mo', Robert Cray, SRV, Buddy Guy and all the rest. And some Ruthie Foster as well. I just listened to several of hers on YouTube. Thanks for mentioning her.

Sad, another deer hunter with a DUI!

It's so nice to get unsolicited positive feedback, isn't it? And just when you think your people only call to bitch at you (I always felt that way).

It is so hard to say no to those concert invitations. Oh well, we can sleep when we are dead, right?

The sample is classic Taj, but I still don't get the context.

...and yes, curves beat angles any day. Hipbones you can hang a purse strap off of are as bothersome as bouncing in a box of razor blades.

Damn, you beat me to the posting of the DUI deer hunter! Mine was a photo from behind, prolly like Mushy's copy. Thing is, our deer season is just barely coming up.

"Anyway, she said "everyone loves you, everyone says how great you are!" It was SO nice to hear."

Well, duh! Everyone knows that!

Taj played at the first concert I ever attended, the 1975 a Bill Graham big-group "SNACK" concert up in Kezar Stadium to benefit the Arts in School. Kinda his first "Day on the Green" thing before they really started producing "Days on the Green" left right and center. It was March and cold. Neil Young and Bob Dylan were there too, and the Dead and Tower Of Power - it was a real confused mix of bands including Santana and Jefferson Airplane besides.
I was there with two girls from the ice cream parlor where I scooped - the first and last retail job I ever had. A guy in front of us dropped acid, and then complained that he got ripped off when it had no immediate effect, so he went out and found some more, and then when THAT had no immediat effect got even more - at the end he was just rolling around on the ground incoherent...

christina - your comment on fleas made me itch. Ew. Mites. Nasty.

lainy - I agree -that must have been a special ride.

dba dude - after all the times I've gotten my clock cleaned in recent months, it WAS a refreshing change. Yeah, I do often hear nice comments, but they usually come from the same few residents I see more frequently. This was out of the blue, and a nice surprise.


breda - you need to see Tori live if you ever get a chance - totally worth it.


myron - Ruthie is on Myspace, too. Yeah, I've been going out a lot, but I've pretty much survived by just drinking iced tea and bottled water. It'll be nice to go to a show and drink beer sometime in the future, but right now, I can't risk getting sick


mushy - they should control themselves!

becky - yeah, I've gotten used to getting my clock cleaned on a semi- regular basis]

barbara - quite. Yeah, you gotta smoke 'em while ya got 'em

tam - I dunno, I've been kicked around a bit lately

dirtcrashr - Wow - what a lineup! You must have been a kid, yeah? Neil Young is always a great show, in my opinion. Jeepers - what a boob, taking all that acid - it must have been a cautionary example for you, to see someone get that stupid!