I really am too accommodating...

Tuesday, a resident's moment of inattention resulted in an event which caused many thousands of dollars damage to theirs and the surrounding apartments. Late afternoon a knock at my door alerted me to something unusual on property. Stepping outside my door, I saw no less than 7 emergency vehicles at my gates.

This has never happened here, to my knowledge. 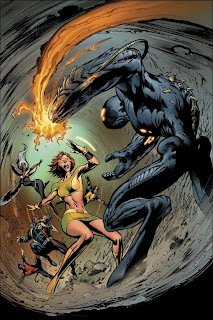 The fire set tufts of smoke billowing from an apartment window. OMFG. They had grease heating in a skillet when the phone rang and they walked away. Silly goose!

Their kitchen is pretty much a total re-do, and the almost-as-bad smoke damage in the rest of the building is frustrating enough.

I put the resident who caused the fire up in a hotel for the night. I called them from the hotel desk and said if they bring their dog it's $160 extra non-refundable, but if that's what they have to do, then fine, just let me know. They said they would leave the dog at home.

The hotel called me about 10:30 to tell me my resident snuck their dog into the hotel, and that the fee would be $250. They didn't clarify if that $250 fee is a fine in addition to the $160 non-refundable pet deposit.

Color me officially steamed. I think the possibly tens of thousands of dollars damage done to the building was already bad enough. They couldn't butch up enough to just melon-farming say they were going to bring their dog? Instead this costs me even more.

I have an extremely long fuse, but woe betide the animated piece of offal who pushes me to the end of same.

This will not be pretty.
Posted by phlegmfatale at 12:01 AM

Why I will never, ever own rental property.

When I hired on here, the company placed me and three other new conductors in corporate housing for 6 months because we came from out of state. I had a really nice furnished condo, one guy and his wife a really cute log cabin, one other guys, his wife & three boys had a 5 bedroom house on five acres, and the last guy had a small bungalow.

After the crop was over and we had to move out, I hired a cleaning service to come in and clean the place spotless. When I moved out it was cleaner than when I moved in and looked like a model home in Goodhousekeeping.

The other three places were totally destroyed. The 5 bedroom house had 10 thousand dollars in damages... The log cabin was filled with garbage and it took the company weeks to get the roaches out... The bungalow had holes in the walls, garbage strewn everywhere... furnature destroyed...

Needless to say, when we moved out the company changed it's relocation policies. And these morons screwed it up for everyone else that followed.

I walked away from hot grease once.

I ended up with new wallpaper and refinished cabinets.

Sounds like that renter has a bad case of the dumbass.

Ranger Tom - Generally, I've been very blessed to deal with responsible people. The ones who trash their place have been a tiny fraction of the folks who've come and gone, but this one's a doozie.

I'm wondering why you are putting them up in the motel?

You were nice to even arrange to put them up, esp. since it was their own fault. With the dog, they probably came to their (rather low) senses and realized they shouldn't leave the dog with all that smoke that was probably still billowing about. still, they should've let you know.

I'd say you did the right thing, although the result wasn't as intended.

Although the hotel has the right to do what they did, it seems a little chickenshit to do to someone that just had a fire. The way they acted, you'd think Spot shit in the lobby.

I'm sorry 'bout this. Glad no-one died- not because they may not have deserved a Darwin, but so you don't have to deal with it.

oldblinddog - I put them up because at least for the first night, it was the right thing to do

Becky - Yes, it was nice of the company to do that. I agree, leaving the dog home was rude. I jsut don't like shifty, sneaky behaviour. I'm sure they just felt embarrassed at all the trouble they'd already caused, and thought perhaps they'd save us a little money by sneaking, but I wish they'd just come clean and been straightforward. That old saw about easier to get forgiveness than permission does not apply in this case. I wish people would act like adults.

Jon - yes, it was the right thing. For one night only, though. You know, rules is rules, and I knew the risk of her doing something furtive like this. I'm going to see this as a very cheap $250 worth of leverage, ultimately.

JR Shirley - good point, too. My entire day today was centered entirely on this event, and tomorrow will be, as well. I can't imagine how much more stressful and sad this task would have been if there were loss of a pet or injuries to any party. I'm hoping to weather out my remaining days in this line of work with a clean record, on that score

Call the hotel manager and see if you can get the dog charge reduced. $250 sounds unreasonable after they had already said the fee was $160. If the hotel manager won't reduce the charge and you paid with a credit card, you can dispute the charge with your credit card company, the C/C company almost always sides with the card owner over the merchant.

I work in a hotel myself and know how these things work. You should be able to get that dog charge knocked down, if you're polite and treat the manager with respect. Blame it all on the tenant.

Couple months back (Nov.?) An older couple left their unit with a small aluminum pot on the still hot burner, forgetting to turn it off. The alarm started goign off as the unit filled with smoke. The smell was of hot pine wood. You couldn't see through the front window. I called the Firemen and directed them to a balcony and an upstairs slider. They got in and searched for bodies - luckily none, set up some really huge fans to air-out the place, and turned off the stove.

The small aluminum pot had slumped from being about 6-inches in height to about an inch tall...
Luckily nothing caught fire since the pot was empty - but the unit smelled smokey and had to air-out for days.

Glad nobody was hurt, and it was awfully decent of you to make the arrangements for them.
And then they stiff you over the dog!
ARRRRGH!
I've got a long fuse, too, but man, does it ever burn FAST!

Plegm,
Sorry you got the bad end of the deal. Here in Michigan, the laws cover bad renters so much that it's really bad for the property owners. So now Michigan has a law that says you can do a credit check on your prospective renter. Low credit score = dumbass, and you don't have to rent to them. At least that's how it's used.

If you can't manage your own money you certainly are not going to take care of someone else's property very well, in general anyway.

I hope you had insurance to cover all this. I guess the $500 deposit the renters paid won't really cover this, will they?

As far as the hotel goes, are you required by law to put these people in the Hilton? Or can you put them in the No-Tell Hotel?

Stupid people times two! First the fire, then abusing your good will... NOT real good!

First, you acted honorably. Now, the fun part--you get to educate them and help them mature.

Well, maybe not so fun for them...

I'd take the extra cost incurred for the dog sneaking out of their deposit if that can be legally done.

That's why I am glad I no longer live in an apartment. I always worried about coming home to find all MY stuff burnt up because some idiot let candles under the drapes or did something involving unattended hot fat in their kitchen.