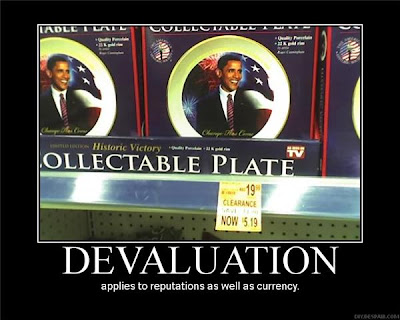 h/t to Rabbit
Posted by phlegmfatale at 12:01 AM

Thanks to Abby@Bad Dogs for the photo.

I'd wait until they come down to 99 cents, at which time I think they'd make STERLING targets. Just sayin'.

I'm surprised he didn't give one of these to Gordon Brown and the Queen.

Buck beat me to it; I was gonna suggest waiting until they're cheap enough to be used instead of clay targets.

Zelda - it would have been in keeping with his gauchery, Zelda!

Can I steal this pic? I pissed myself laughing...