Orientation was a bit of a goat-rope on Thursday. It seemed a little over-long, but finally they corraled us all to our respective departments. Because I don't have all the prerequisites for applying for nursing school, I knew I'd have to get some out of the way, so I went in as an undeclared major and that meant I ended up not in the right place. The man in the wrong department told me to go over to the head of the nursing program and talk to her before I committed to some other class schedule.

I went into her office and waited-- she wasn't there. She breezed into the office, a flurry of energy. She was wearing high black boots, a short sweater dress, and she has a lot of flair, with short, spiky bleached hair. She looked amazing, actually. Hot. She said she'd have to review my records, that there were certain standards for the nursing program and my previous academic record would be significant. She directed me to sit near her and she pulled up my transcripts in her system. "Boy, you WERE a music major, weren't you?" she said as she flipped through the dozens of music credits in my file. Several times she said my grades were great and finally that she didn't think there would be a problem with me being accepted to the nursing program. :) She seemed happy to help me and gave me a paper to have someone sign to override the class limit for an Anatomy and Physiology I class that was already full, and I was IN. Class starts Tuesday. Books were $335. Srsly. 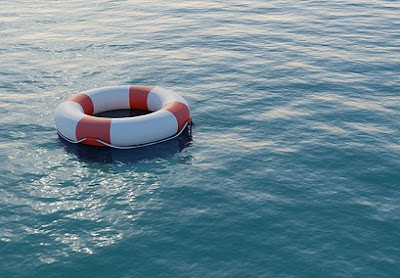 I have to take A&P II, Microbiology and a whole raft of other stuff sciencey before I'm admitted to the nursing program, but I'm really, really excited. I feel on much surer footing than I did 24 hours ago. I feel encouraged.

Thanks for all the well-wishes in comments. You really are a lovely bunch of folks. I feel like I'm at the edge of an ocean I have to swim. It's kind of scary, but it's exciting. Into the drink! I'll holler if I need a life-raft, mkay?
Posted by phlegmfatale at 12:01 AM

Get the ISBN number and then buy the books on Amazon with quick shipping.
It is cheaper than paying bookstore prices and tax.

Hang in there!
I've no doubt you'll excel!

A&P is great.
Now when somebody really torques you off you can hurt them scientifically. No more wasted time with the baseball bat.

Phlegmmy will do fine in nursing. This we all know.

And while I'm not "All," I'm me, and I know you, and I happen to think quite a lot of my own opinion. Which is that you're swell, and will knock the frickin' cover off of the nursing program's sorry little ball.

But enough of this. Tell me more about the head of the nursing program. What did she smell like? ;)

good luck and have fun

I too am confident you'll do great!!!!