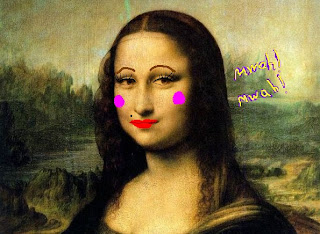 I bore the unthinkable prequel of Star Trek and even managed to enjoy same. I managed to giggle at the movie version of The Beverly Hillbillies, so you know I'm open minded... Charlie and the Chocolate Factory vastly excelled Willy Wonka in tone and in texture, and I applauded that effort.

We can name several actors who were never better than this moment on film. The pacing is brilliant, the costumes and sets are riveting and the music is beyond poignant for the film and subject. The cinematography is brilliant, and I can't think of anything that-- 30 years later, looks schlocky or ugly or embarrassing. I don't care that the original director is the one at the helm of the remake. It matters not to me that elements of the film were disparate from the novel on which the film is based. I just don't think it's possible to take that material and render a more evocative or compelling dystopia than that of Scott's original vision.


I'm beyond disgusted at the thought. How about we tinker around with the Mona Lisa? How about we go in and photoshop the shit out of Marilyn Monroe? Why not deconstruct the music of Mozart and fiddle around with that to make it over? I'll tell you why we don't: because we can't make it better, stronger or faster. It was already perfect.

So, naturally, I'll be trotting out to the cinema straightaway when it's released. Maybe I'll be dazzled and awed and pleased with the revision, and if I am, then I'll admit so and publicly. But I highly doubt I will. I wish damned dirty apes knew when to leave their stinking paws off stuff. If it ain't broke, don't fix it.

I am totally with you. That movie is my favorite of all time. Please don't bugger it up.

Ah, but it's not going to be a remake, and it's going to be directed by Ridley Scott hisself.

Straight from Ridley's mouth, Blade Runner was in his opinion the best sci-fi movie of all time, and he'd never think of remaking it. The new movie will either be a prequel or a sequel to the original.

So maybe WE'LL get to see those attack ships on fire off the shoulder of Orion, and the c-beams glittering in the dark near the Tannhauser gate.

You never know... I had to eat a little crow over True Grit.

I read an article that stated that Hollywood had run out of ideas. I'm thinking this is true. It will be proven when there's a remake of "Attack of the Killer Tomatos"

It's good to know that you too dream of electric sheep.
The one that floors me is they want to remake Dirty Harry.

I have the huge collection of all of the bladerunner versions. Love them all.

Don't think it needs to be done, but to address one of your more minor points...I am fine with the movie not resembling the book it was based on, because they didn't give the movie the SAME NAME as the book...it's exact reason Starship Troopers annoyed me...it was an enjoyable cheesy, popcorn flick...just don't name it after the BOOK!!!!!!!!!

Rumors have also been flying about a "Time Bandits" remake since Handmade Films changed ownership last year. Some things should be off limits.

OTOH, I am hoping that "The Muppets" reboot works.

AMEN, sister!
And kudos on your clip choice - It was worked out on the fly with Scott and Hauer, with Hauer contributing much to the effort.
And Sean Young's Andrew's Sister's clothes and Egyptian hair. Perfect.
Altho - with the economy tanking, maybe in the new version we can continue the Blade Runner curse: Pan Am, Atari et al, all gone!?

Absolute sacrilege. I guess there's no talent left to come up with something new.