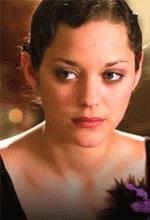 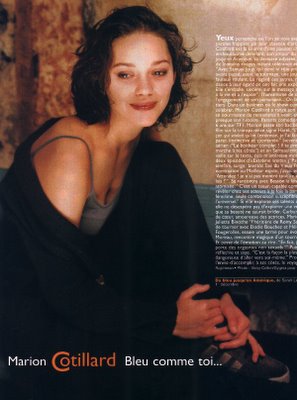 Sometimes something hits you over the head when you least expect it. I was about an hour into a French film Jeux d'enfants when I realized the comely Marion Cotillard starring in the film bore remarkable resemblance to my sister. Seriously, they could be twins, Marion the dark haired yang, and my sister with bewitching hazel eyes and blond hair is the yin. They were born almost exactly a year apart, which is a funny coincidence, I think. Anyhoo. Pretty women- ya gotta love 'em!
Posted by phlegmfatale at 12:18 PM