I aim to misbehave with fabric!

Perusing the custom-order fabric prints at Spoonflower, I 'bout dropped my transmission when I saw that several artists have created gorgeous Firefly-inspired fabrics.  I'm totally making a dress out of at least one of these. Cunning hat. Kaylee's Parasol. I call it Vera. There's a Kaylee fabric that has a stylized little character of her in several outfits, including the pink froufrou thing from the shindig. There's also fabric printed with quotes from the show, and one has a scene with the two dinosaurs acting out. (Curse your sudden but inevitable betrayal!) There's another Kaylee themed one called "Yes, Sir, Cap'n Tight-Pants!". Gotta love it! 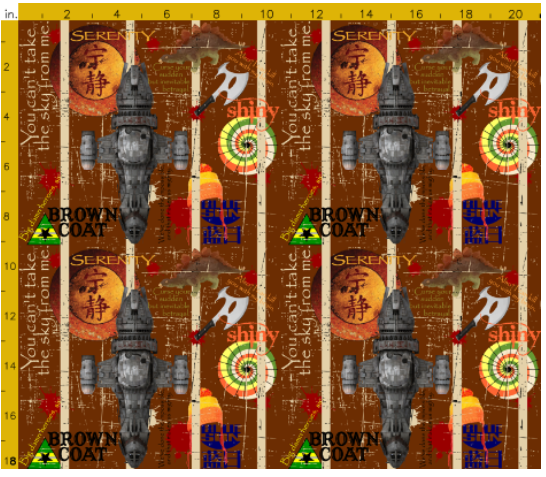 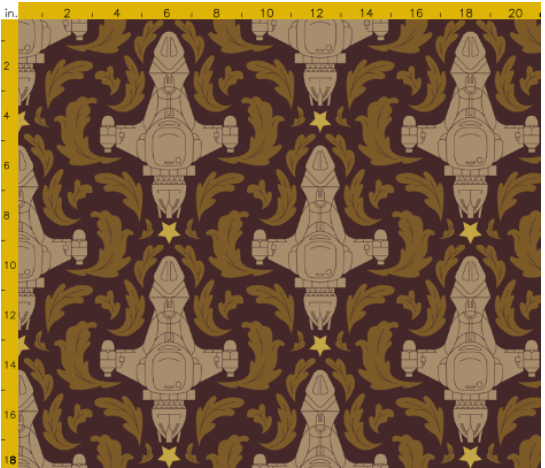 The one on top is called Big Damn Heroes and the one below is my favorite, called Leaf On The Wind.

These are fairly pricey, so I'll really mean it when I order some, but they have thousands of glorious prints from which to choose. There are some impressive Doctor Who prints, and Sherlock, and the array goes on and on.  Good stuff.

Posted by phlegmfatale at 10:47 AM

You are a bad, bad, evil influence. I may have to give up beer for a month so I can afford to buy a yard of this stuff.

Let's just say that I'll make a test garment with a cheaper fabric before I cut into this stuff. I love it.

OMG. Look at all the different fabrics ... I see sleepwear in my future!

If I'm wearing it that many hours a day, I could maybe justify the cost.

OMG I had no idea that this place existed - My ridiculous stash just got larger - I just need a second job to accommodate my lack of budget!!!!