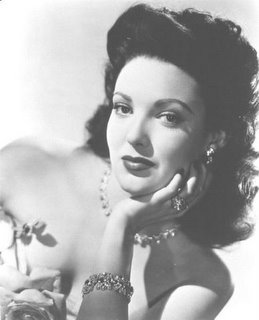 ...and counting. Have accomplished SOOOO much. Let me tell you what an apocalyptic slob I am. I have a terrible habit of semi-seriously sorting through the mail. All pressing bills get put into a cabinet where I keep such papers and pull them out on bill day. Everything else tends to clutter all surfaces of the kitchen, bar, the antique in the entry area, and even the coffee table. Then, I invite people over to force myself to clean up, and invariably I scrape every surface clear and dump the detritus into a box or bin which gets staged in my bedroom, out of sight of normal humans. Today I sifted through about 50 pounds of such paper. I burned and shredded much of it, threw away a lot. Have an impressive stack of unopened Vanity Fairs and Vogues. I guess I never mentioned I'm a glossy addict - magazines thrill the little cockles of my heart. It's not a problem - I can quit anytime. Uh. Anyhoo....

Caught up on some crap movies while sifting through the madness. "Sweet and Lowdown" is a marvelous Benny Goodman film from 1944. The story is totally predictable - wrong-side-of-the-tracks kid from Chicago gets a leg up from Benny and then falls for a society dame. The story is kinda crap-tastic, actually, but this flick is worth seeing if only for the costumes and hair on the women. I SWEAR the immaculate costumes and hair design for Sean Young in the film "Bladerunner" were influenced directly by this film. In fact, Sean's hairdo is a direct lift from S&LD. Great style. Breathtaking. It's this kind of panache that made America fall in love with the cinema. This film starred the goddess Linda Darnell, from Dallas, a woman for whom every angle was apparently better than the last. She's a joy to look at, 60 years later. Good stuff.

I also saw "Emperor of the North Pole" which features superb performances by Ernest Borgnine as a sadistic train engineer during the great Depression, and Lee Marvin as the hobo determined to ride his train. Keith Carradine plays a green kid who wants to learn to ride the rails, but is such a cocky shit that it's satisfying when things don't go well for him. One of the skin-crawling cliches (for me) of American film in the late 1960s and early 1970s is the cheesy male-bonding music - usually a bit of harmonica and banjo - which can turn believable dramatic tension into a morph of corn-pone plastic-banana Apple Dumpling Gang - type shit. It's one of the features that jumps out and reminds me I'm watching a film. I am more than willing to forget myself and buy a film, but I don't like being jolted out of the spell. This film is also interesting to watch because you see a lot more technical detail of the operation of a steam locomotive, as well as the climate of the depression and the culture and romance built up around the whole train mystique. OH, and one more thing - remember the tv show "Alice" from the late 1970s/early 1980s starring Linda Lavin? Well, Mel the diner owner is a trainyard worker in this film. Ah, younger Mel. Call me weird, but I always thought that guy was sexy. Just like I like my men: Big and stupid. Ok. Not stupid. He seemed a bit like a loveable brute. What girl doesn't want a bit of that? OK. Now I'm rambling...
Posted by phlegmfatale at 10:58 PM

Your cleaning and filing habits seem oddly familiar.
Maybe it's because I have the same habits.

Daddy, is that you?